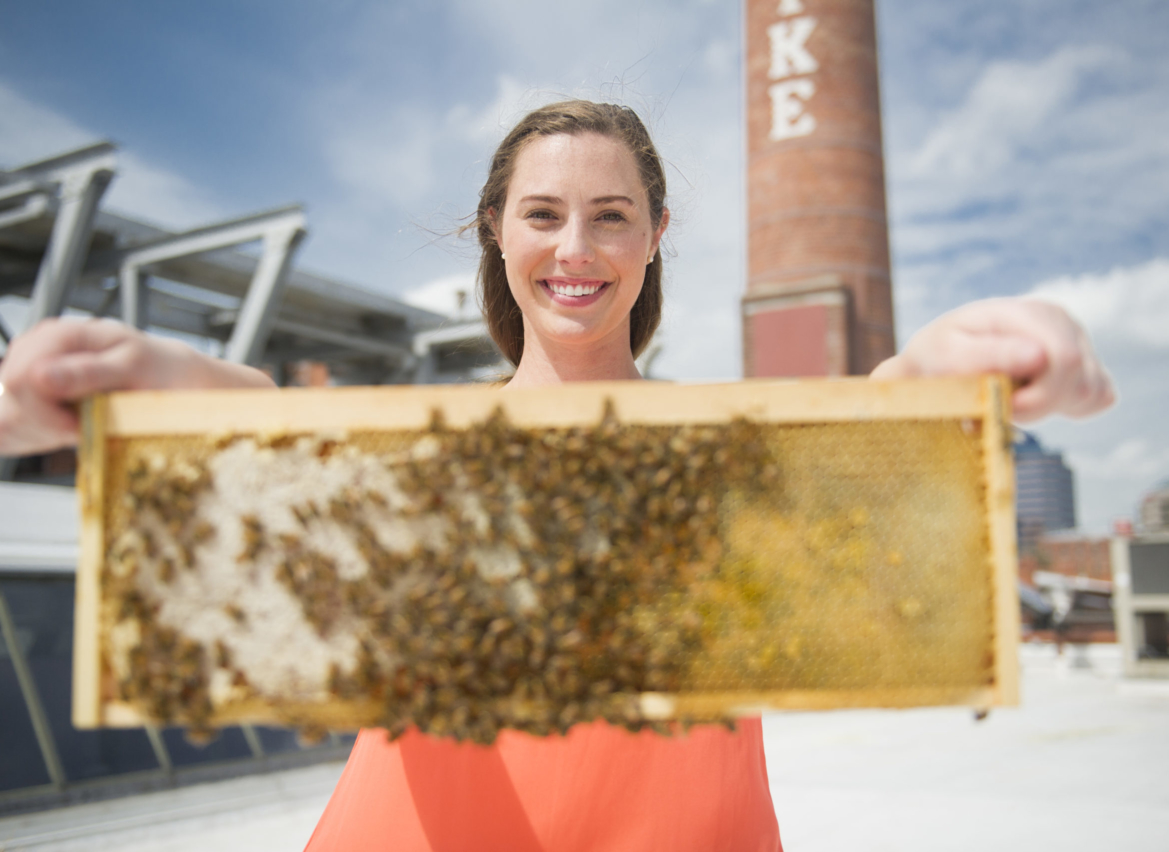 Fourth generation beekeeper Leigh-Kathryn Bonner is a dynamic leader who started her entrepreneurial journey at just 22 years old. Raised in Raleigh, North Carolina, she spent her younger years on her family farm where she fell in love with agriculture. As the Founder and CEO of the rapidly expanding company Bee Downtown, she has made a name for herself in a historically male dominated industry.

Bee Downtown, began as a school project during her junior year at North Carolina State University. The buzzing company now provides unique, year-round employee engagement and leadership development for many of the largest corporations in the world. The programming is facilitated at beehives which are placed and maintained by the Bee Downtown staff on corporate campuses.

Leigh Kathryn inspires, motivates, and moves audiences through her unique and captivating storytelling ability. She is a strong advocate for women and strives to use her platform to empower and transform leadership and environmental stewardship in an ever changing global economy. She is part of the TED speaking community, a 2018 INC Magazine-30 Under 30 Rising Star, and most recently named to the exclusive Forbes 30 Under 30 list.