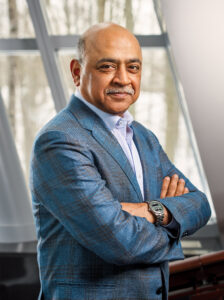 Arvind Krishna is the Chairman and Chief Executive Officer of IBM. As a business leader and technologist, he has led the building and expansion of new markets for IBM in artificial intelligence, cloud, quantum computing, and blockchain. He has also played a significant role in the development of innovative IBM products and solutions based on these emerging technologies.

Over his 30-year career at IBM, Arvind led a series of bold transformations and delivered proven business results. He most recently drove the successful $34 billion acquisition of Red Hat – the largest software acquisition – that has defined the hybrid cloud market. Together, IBM and Red Hat give clients the unique ability to build mission-critical applications once and run them anywhere.

At IBM, Arvind has been an outspoken advocate for learning at every stage of one’s career. He has made scientific contributions in a number of technical fields, including wireless networking, security, systems, and databases. In addition, he founded IBM’s security software business and helped create the world’s first commercial wireless system.

Arvind has an undergraduate degree from the Indian Institute of Technology, Kanpur (IITK) and a Ph.D. from the University of Illinois at Urbana-Champaign. He is the recipient of distinguished alumni awards from both institutions. 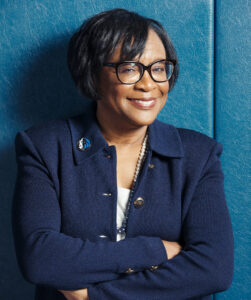 Cynthia “Cynt” Marshall has been a dynamic force for inclusion and diversity within the Mavericks organization and over a 36-year career at AT&T.  When Cynt was hired as the CEO, her vision was for the Mavericks organization to become the NBA standard for inclusion and diversity. She brought a 100 day plan, transparency, trust and her values-based leadership style that evolved the company culture.

Prior to her joining the Mavs, Cynt founded Marshalling Resources, a consulting firm specializing in Leadership, Diversity & Inclusion, Culture Transformation and overall optimization of people resources. Upon the company naming its first Chief Inclusion Officer in June 2017, Cynt worked with The Dow Chemical Company to develop and implement a strategy for institutionalizing an inclusive culture.

Cynt’s notoriety began many years ago as a young Officer at AT&T and grew exponentially when she served as Senior Vice President – Human Resources & Chief Diversity Officer at AT&T.  Cynt led the team that created a world class Diversity and Inclusion culture, landing AT&T in the top 3 on Diversity Inc’s 2017 Top 50 list of companies.  She also spearheaded the work that for the first time placed AT&T on Fortune’s 100 Best Companies to Work For list in 2017, one of only two Fortune 50 companies.

Widely recognized for her visionary leadership and ability to get things done Cynt is the recipient of several honors and awards. Most recently, Cynt received the 2020 Girl Scouts of America Lifetime Achievement award and was touted as one of Adweek’s 30 Most Powerful Women in Sports. In 2019, Cynt was honored with the Women of Power Legacy Award by Black Enterprise and was the recipient of the National ATHENA® Leadership Program Award.

Cynt graduated from the University of California-Berkeley with degrees in Business Administration and Human Resources Management and holds four honorary Doctorate degrees. She has chaired a variety of non-profit boards and is currently on the board of Dallas CASA, Dallas Regional Chamber, Texas Women’s Foundation, Texas 2036, T.D. Jakes Foundation, and a member of the Executive Leadership Council (ELC). She is also on the Board of Directors of BGSF Staffing and Blinktbi, Inc. 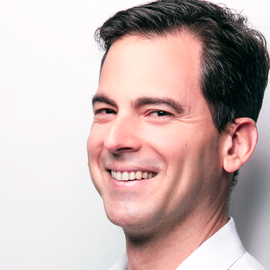 Eduardo Briceño is the Co-Founder & CEO of Mindset Works, which was the first company to provide growth mindset development services and programs.  Since he co-founded it in 2007 with Carol Dweck, Lisa Blackwell, and others, Mindset Works has served and influenced thousands of organizations in their advancement of learning-oriented cultures and systems.

Eduardo is a frequent keynote speaker and regularly facilitates workshops for professionals and executives.  His TED talks on growth mindset and improvement have been viewed by millions.  He is a Pahara-Aspen Fellow, a member of the Aspen Institute’s Global Leadership Network, and an inductee in the Happiness Hall of Fame.  He has been featured and quoted in prominent media and in the documentaries The Process and Rise: Voice of a New Generation.

Prior to Mindset Works, Eduardo was a Principal at the Sprout Group, a venture capital firm in Silicon Valley, where he was part of the technology investment team and served on several for-profit and non-profit boards.  Before that he was an investment banking analyst with Donaldson, Lufkin & Jenrette.

Eduardo grew up in Caracas, Venezuela.  He holds bachelor’s degrees in economics and engineering from the University of Pennsylvania, as well as an MBA and M.A. in education from Stanford University.  Most importantly, he continues to enjoy lifelong learning every day. 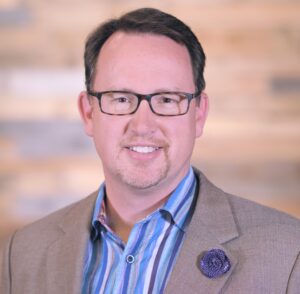 Allin Foulkrod developed his love of event management at an early age. By the time he was a teen, he had already presented at hundreds of live and televised events as the President of DECA, a national student marketing and entrepreneurship group with 180,000 members. Allin learned what worked in events–and, more importantly, what didn’t. In the process, he developed a keen desire to make a difference whenever and wherever audiences gather. In 1989, Allin launched Creative Visions from his NC State dorm room, and under his direction, it has grown into an award-winning strategic event solution provider. He continues in his role as President and visionary leader of the company, and provides the fuel for innovation, growth, extraordinary client satisfaction and retention. Business success for Allin relies on a commitment to learning quickly and helping others succeed. These tenets have provided him with the knowledge and experience to invest successfully in the growth of his team members and the industry in general. Allin is a sought-after industry expert, having served as instructor at Duke University and presented at numerous industry events.  He has also operated programs in more than 15 countries, earned the professional designation of CSEP (Certified Special Event Producer), and received multiple International Live Event Association (formerly ISES) Esprit and regional awards. A dedicated husband and father of three, Allin currently serves on several non-profit boards, including a college with 70,000 students and an equine ranch that provides healing for hurting children and their families. He has a BA in Communications from North Carolina State University and a self-designated Doctorate of Hard Knocks.