2019 Shelton Leadership Forum at a Glance

Jim Whitehurst is president and chief executive officer of Red Hat, the world’s leading provider of open source enterprise IT software solutions and services. Whitehurst is an avid advocate for open software as a catalyst for business innovation. With a background in business development, finance, and global operations, Whitehurst has proven expertise in helping companies flourish—even in the most challenging economic and business environments.

In June 2015, Whitehurst published a book with Harvard Business Review Press entitled The Open Organization: Igniting Passion and Performance. This book shows how open principles of management—based on transparency, participation, and community—can help organizations navigate and succeed in a fast-paced connected era. To date, the book has sold more than 42,000 copies; been featured in more than 130 press articles including articles from Fortune, Forbes,and Fast Company; and named one of the top 10 creative leadership books of 2015 in Forbes.

During his six-years at Delta Air Lines, Whitehurst drove significant international expansion and as Chief Operating Officer, oversaw all aspects of airline operations—from sales to strategy. At The Boston Consulting Group, where he began his career in 1989, he held several corporate development leadership roles, working in the Chicago, Hong Kong and Shanghai offices, and as a partner in the Atlanta office with numerous clients across a wide range of industries.

Jim Kouzes is a bestselling author, an award-winning speaker and, according to the Wall Street Journal, one of the twelve best executive educators in the United States. Jim Kouzes has been thinking about leadership ever since he was one of only a dozen Eagle Scouts to be selected to serve in John F. Kennedy’s honor guard when Kennedy was inaugurated President of the United States. Kennedy’s inaugural call to action —“Ask not what your country can do for you; ask what you can do for your country.” — inspired Jim to join the Peace Corps, and he taught school in Turkey for two years. That experience made Jim realize that he wanted a career that offered two things: the chance to teach and the opportunity to serve. It was in his first job back in the U.S. where Jim trained community action agency managers that he found his calling. Jim has devoted his life to leadership development ever since.

Currently Jim is Dean’s Executive Fellow of Leadership, Leavey School of Business, at Santa Clara University, and also lectures on leadership around the world to corporations, governments, and nonprofits. In 2010, Jim received the Thought Leadership Award from the Instructional Systems Association, the most prestigious award given by the trade association of training and development industry providers. He was listed as one of HR Magazine’s Most Influential International Thinkers for 2010 and 2011, named one of the 2010 and 2011 Top 100 Thought Leaders in Trustworthy Business Behavior by Trust Across America, and ranked by Leadership Excellence magazine as number sixteen on its list of the Top 100 Thought Leaders. In 2006, Jim was presented with the Golden Gavel, the highest honor awarded by Toastmasters International.

Click below to view Jim Kouzes’ powerpoint from the forum.

Matt Davis, President of the North Carolina Region, has more than 24 years of experience working in banking and finance, the last 20 of which have been with Paragon. He previously served as the Chief Operating Officer and Chief Credit Officer for the bank.

Prior to joining Paragon, Matt worked as a corporate banker for Wachovia Bank in Charlotte, North Carolina with a marketing emphasis on operating companies with revenues between $10 million and $100 million. A career change took him to work for Centura Bank in Cary, North Carolina where Matt focused on lending to commercial businesses and real estate firms as a commercial account officer. In 1998, Matt left Centura Bank to start Paragon Bank, and has been with the bank since that time.

A North Carolina native, Matt grew up in Louisburg and attended NC State University, where he earned his Bachelor of Arts in management and his Master of Science in management. He lives in North Raleigh with his wife of 23 years and their three children.

Dr. Freda Porter is the Tribal Administrator for the Lumbee Tribe and Facilitator of the Lumbee Nation Economic Summit. Her strategic insights, national leadership experience serving American Indian and other minority groups, and success as a business owner, have combined to build proactive Tribal programs such as the Lumbee Nation Economic Summit, Lumbee Days at the Smithsonian NMAI, and Disaster Recovery Support Services.

Dr. Freda Porter, President of Porter Scientific, Inc, has more than 35 years of teaching, research, consulting, and management experience as a University Professor and Defense Contractor.  Fifteen of those years have been devoted to researching and applying innovative technologies to protect and restore our environment.  Formerly, a Professor of Mathematics and Computer Science, she directed Mathematics and Environmental Science enrichment programs inspiring students to pursue STEM careers.

As a defense contractor, she managed environmental compliance, computer facility support, construction QA/AC, and R&D contracts.  Her team has also managed Brownfields Assessment and Job Training Programs for EPA.  Her national business affiliations have allowed her to help advance economic development initiatives among her tribe and community.

Dr. Porter earned her BS from UNC Pembroke, MS from North Carolina State University and PhD from Duke University in Applied Mathematics specializing in Numerical Modeling.  She has been involved in Groundwater Contamination research with EPA and Noise Modeling and Simulation research with NASA Langley Research Center.  Her current initiatives at Porter Scientific include corrosion research, environmental sustainability and green energy projects with a focus on military and commercial applications.

Dr. Porter (Lumbee) is one of few American Indians who have earned a doctorate in the Mathematical Sciences. She has two sons, Dwayne and Brian, a granddaughter, Laila and a grandson, Ethan. Dr. Porter was born in Robeson County, North Carolina. 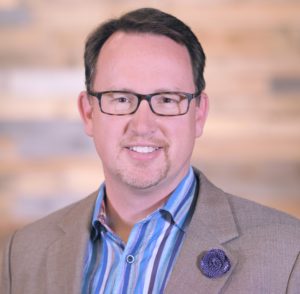 Allin Foulkrod developed his love of event management at an early age. By the time he was a teen, he had already presented at hundreds of live and televised events as the President of DECA, a national student  marketing and entrepreneurship group with 180,000 members. Allin learned what worked in events–and, more importantly, what didn’t. In the process, he developed a keen desire to make a difference whenever and wherever audiences gather. In 1989, Allin launched Creative Visions from his NC State University dorm room, and under his direction, it has grown into an award-winning strategic event solution provider. He continues in his role as president and visionary leader of the company, and provides the fuel for innovation, growth, extraordinary client satisfaction, and retention. Business success for Allin relies on a commitment to learning quickly and helping others succeed. These tenets have provided him with the knowledge and experience to invest successfully in the growth of his team members and the industry in general. Allin is a sought-after industry expert, having served as an instructor at Duke University and presented at numerous industry events. He has also operated programs in more than 15 countries, earned the professional designation of CSEP (Certified Special Event Producer), and received multiple International Live Event Association (formerly ISES) Esprit and regional awards. A dedicated husband and father of three, Allin currently serves on several non-profit boards, including a college with 70,000 students and an equine ranch that provides healing for hurting children and their families. He has a BA in Communications from NC State University and a self-designated Doctorate of Hard Knocks.

Barbara Wiedemann is communications strategist for the UNC School of Media and Journalism and founder of Design Story Works, a design and communications firm. She and Andrew Glasgow wrote “Controlled Burn” about the wood-fire potters of Seagrove, North Carolina. The former director of publications at the NC Museum of Art, she was managing co-curator of “Porsche by Design: Seducing Speed,” the Museum’s first large-scale design exhibition, creating a Telly Award-winning series of video shorts for that exhibition, as well an accompanying catalogue. Prior to rejoining the Museum, Wiedemann was the director of UNC Creative. She received her master’s degree in design from the NC State College of Design, and was a Phi Beta Kappa graduate in international politics from Penn State University.

Wiedemann has taught design and typography at NC State, UNC Chapel Hill and Meredith. She founded the Dave Brumitt Foundation, producing six annual Frostbite Tour century bike rides in support of research to fight cancer. Wiedemann is a board member of Kidzu Children’s Museum in Chapel Hill. She was an executive board member at VAE Raleigh and long-serving member of State’s College of Design board, served on Raleigh’s appearance commission, as a panelist for the United Arts Council and on State’s Theatre board. She and her husband currently live in Chapel Hill.

It's been two years since Red Hat invested in the Shelton Challenge, setting us up to shape values-based leaders for many years to come. Our gratitude endures, we could not do our work without partners like Red Hat! pic.twitter.com/EPQ5D7tpZl

Today we are highlighting Keshal Patel in our #WhyIVolunteer series. Keshal is from Cary, NC and studies Public Policy and Psychology at UNC Chapel Hill. Keshal has been involved with the SLC in a number of ways for the past 7 years, including camper, peer leader, and CMT. pic.twitter.com/ZGHVtUhRK5

The Shelton Leadership Center is excited to welcome our newest staff member, Ashley Turlington, Assistant Director for Pre-College Programs. If you are on campus next Thursday, January 23, stop by PCJ in Talley Student Union between 11:30am-12:30pm to meet Ashley and welcome her! pic.twitter.com/rppeQzQ0tR

Last weekend both cohorts of CLDP partnered with the @FoodShuttle to help carry out a mobile food market for community members facing food insecurity. Our group assisted with unloading a truck full of food donations that were then organized and sorted for 100 families. pic.twitter.com/Vn05zZ8LEx